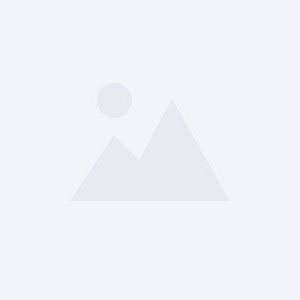 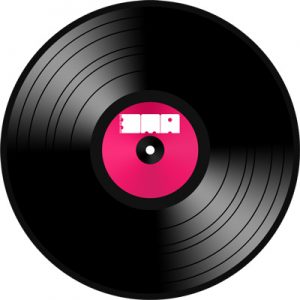 All recorded and photographic material kindly supplied by Martin Briley. 2013.

Special thanks to: Martin Briley.

Tracks 1-10 as Mandrake Paddle Steamer. Tracks 11-15 as The Mandrake

Originated in London circa 1967. Martin Briley and Brian Engel met at Art School in Walthamstow, London, Brian recalls: "Martin knew a local businessman, John Lindsay who "had some money" and agreed to manage the band. He also knew a keyboard player, Martin Hooker who was playing James Brown/Booker T soul type stuff in a local "mod" band. He gave Hooker a couple of small parcels wrapped up in tin-foil and three days later Martin Hooker had become a committed underground music freak!! I still don't know what was in the small parcels!"

"Barry Nightingale's dad owned a rubber factory in Romford, next door to the Reslo mike factory where I worked for a while... he was a convenient drummer with a house out in the country where we could rehearse!! Anyway about a week later we found Paul Riordan who was working in an art studio in Gower St., W.1. and asked him to join. I was playing bass at the time, but I was crap and it was decided that I was a much better songwriter and lead vocalist, so that's what I became with Paul taking over on bass."
In order to prove that they were different from the other English "psychedelic" bands churning out rehashed Tolkein and second hand Timothy Leary they deliberately chose material which Brian thought would be politically incorrect: "Our songs tended to be based on authentic blood thirsty Viking sagas (as opposed to Bored Of the Rings), or Beowulf, or urban myths about East End sex criminals or circus dwarves... or anything outrageous. The closest we came to commerciality was a few songs using Ray Bradbury out of Shakespeare as our influence, Something Wicked This Way Comes, The October Country etc."

About this time the band were "discovered" by Shapiro Bernstein publishers, and together with Rob Finnis (now rock author) did a bizarre audition at EMI in Manchester Square. Originally their manager had arranged that we would be signed to the new Harvest label, but EMI were a bit wary about having such an unusual band on the label (Brian for instance, wanted to issue a pro-US press release saying that they hoped the U.S. would nuke the Vietcong!!) He recalls: "We predated the outrageous Punk excesses of 1977/8 by ten years!! Nobody ever knew how to categorise us. Our single, Strange Walking Man was the mildest of our songs, and our new label Parlophone couldn't see anything bizarre in it at all. It was, in fact, about a guy suffering from a very bad trip but maybe it was about a boy who's girlfriend had left him....."

Their second 45 (as The Mandrake) , Sunlight Glide/Len (Parlophone SD 6072) 1969, was only released in Sweden, though no-one seems to know quite how this came about. It was written by Clae Fellbom and Calvin Floyd, two film producers responsible for a minor Swedish film called 'Skottet', which the songs were included in.

Brian Engel left Mandrake Paddlesteamer in around August 1970, in order to arrange exhibitions for Art degrees etc. and although the band carried on as a four piece instrumental for a few months (doing the first Isle Of White Festival, as Brian recalls), Briley then left and the band split up. At this point, the band were known as The Mandrake and featured Briley, Hooker, Riordan and Potts.

In late '72 Briley and Engel joined forces again to form Prowler, which they intended to be a more commercial form of Mandrake, although the songs were just as bizarre.... Brian remembers: "There was one really good Clapton-esque riff based song called Creeping Tom, which I really liked which contained the lines "I'm creeping round your house to find, What's going on behind your blind, I'm hiding there without a sound, To catch you with your sashcords down" which sounded like a really powerful Cream/Robert Johnson Blues unless you analysed the lyric and found it was about voyeurism.... I supposed it was a bit like Arnold Layne, now I come to think about it."

Prowler managed to release one 45 on Parlophone in 1973: Pale Green Vauxhall Driving Man about a South London pervert - molesting girls, etc, but which was musically a normal sort of family oriented type pop song. The record company were worried about the word "Vauxhall" and deleted the word from the title on the 45 believing that it would be interpreted as advertising!! Never mind the fact that the lyrical content....

An album entitled Liverpool Echo was also intended for release on Spark, but Engel and Briley "fell out with the production team at AIR studios" and pulled the plug on the sessions "in disgust at their unhip, old fashioned approach". Brian remembers: "They wanted us to be like Tom Jones or someone. We said that if we were going to be old fashioned, then we'd be really old fashioned and so we retired to do Everley Brothers songs around the London pubs. However, as fate would have it, we were "discovered" again which resulted in us forming the early seventies band Starbuck, with songwriter/emprasarios Howard and Blaikley who had at the time just lost The Herd."