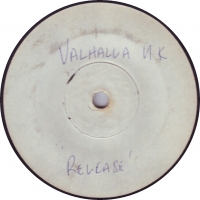 Bass guitarist, Dave Booker had previously played with Manchester bands, Ther Big City Blues, Gin House, Richard Kent Style, The Sponge, O'Hara's Playboys, Eclection, Swampfox, Limey and Terraplane (with T.S. McPhee of The Groundhogs). Simon Fox went on to play drums for Hackensack before joining Bill Nelson in Be Bop Deluxe. Mick Hodgkinson was born in Nottinghamshire and went on to play alongside Mick Ronson. He became better known in the later seventies as Johnny Average with his band, The Falcons after moving to Woodstock in the U.S.A. He passed away on 19th September, 2007.

Special thanks to: 'The Rock Dentist'.